The Threat of QAnon 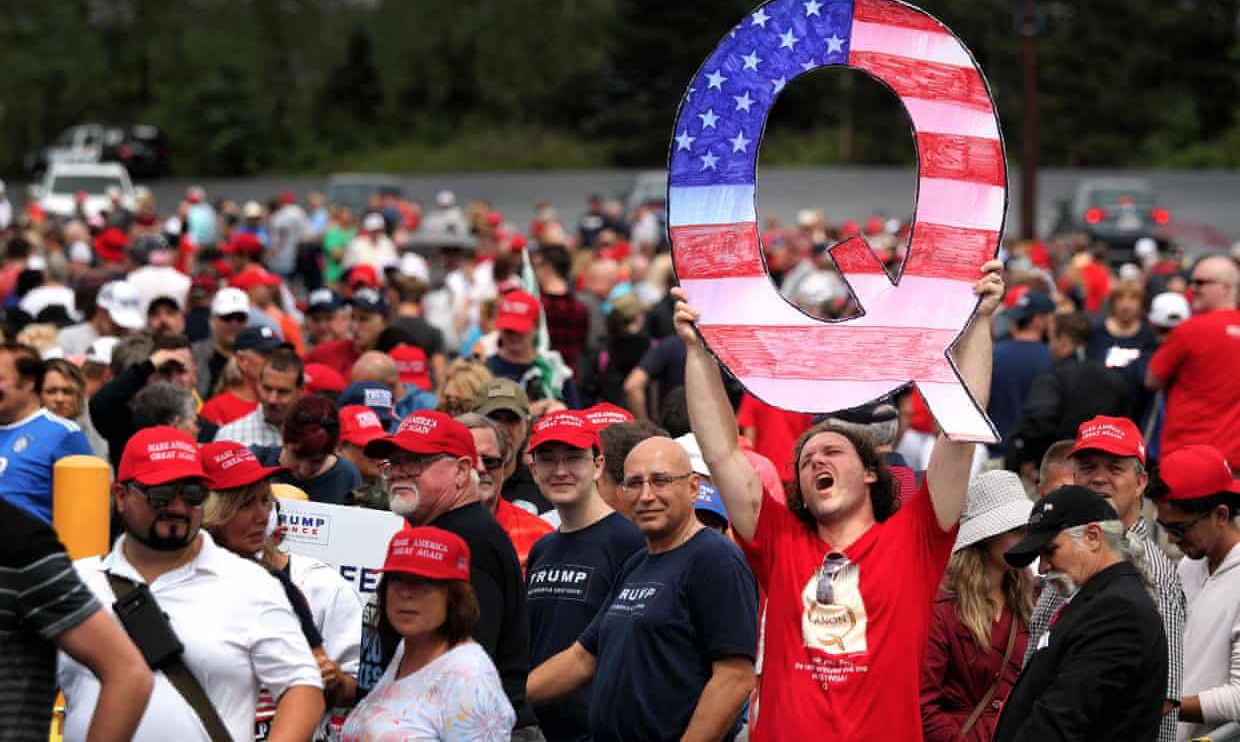 A more problematic outgrowth of the QAnon movement that seeks to wage information warfare during American elections to the benefit of the far-right is taking root across social media platforms.

In a post titled “Meme War 2020” on the anonymous forum 8kun, a successor to 4chan, a QAnon follower outlined the new phase of the movement:

The U.S. House voted to condemn QAnon and “reject the conspiracy theories it promotes” after the FBI warned that the movement’s conspiracy theories fuel domestic terrorism such as  the series of violent clashes between protestors and counter-protesters in American cities this year. The FBI outlined the concerns in a document in May 2019:

“The FBI assesses these conspiracy theories very likely will emerge, spread, and evolve in the modern information marketplace, occasionally driving both groups and individual extremists to carry out criminal or violent acts.” It also goes on to say the FBI believes conspiracy theory-driven extremists are likely to increase during the 2020 presidential election cycle.”

FBI Director Christopher Wray said the biggest concern related to security of the 2020 Presidential Election is “the steady drumbeat of misinformation and...amplification of smaller cyber intrusions.” And that increased volume and reach of conspiratorial content due to social media enables a “crowd-sourcing” effect where “conspiracy theory followers themselves shape a given theory by presenting information that supplements, expands, or localizes its narrative.”

According to Wray, the QAnon movement operates as a large network of individual factions due to different orientations and goals, but the output of individuals nodes, or groups, in the QAnon network follow a similar theme, that is, nationalism and hyperpartisanship against the Democratic party.

An expert studying the proliferation of QAnon sub-communities on social media stated the platforms are “an essential piece of the infrastructure” holding the groups together, and that earlier intervention on part of the Big Tech giants, including Facebook and Twitter, could have prevented QAnon’s widespread internet presence.

Despite concerns raised by government officials over a year and a half prior to the presidential election, Facebook and Twitter were slow to restrict QAnon’s influence across their platforms. The social media giants did not initiate broad crackdowns on QAnon until the summer of 2020, when they shut down more than 20,000 accounts and pages connected to the conspiracy. YouTube removed tens of thousands of QAnon-related videos as part of a broader effort to remove content that violates its hate speech policy in June 2019, still long after the threat of the conspiracy group had been established.

A key factor that prevented a swift purge of the QAnon network on social media is the reluctance of Facebook, Twitter and other Big Tech companies to act as arbiters of the truth, and especially because QAnon is considered authentic domestic political speech. The role social media companies should play in regulating disinformation and harmful conspiracy theories is a long-standing, contentious issue.

Recent action taken by social media platforms against QAnon cite violations of anti-violence policies and the need to “limit the ability of QAnon and Militarized Social Movements to operate and organize” on social media platforms. The crackdown on QAnon is less to do with preventing disinformation than it is to prevent real-world violence.

Memes & the Weaponization of Hashtags

In the Louisiana election, QAnon conspiracists hi-jacked social media attention of key hashtags, such as #vote and #JohnBelEdwards, by including the hashtags in a flood of tweets supporting Republican candidates and “memes” that ridiculed Gov. Edwards.

As part of the “Great Meme War of 2020,” QAnon supporters continue to target popular hashtags and spam large audiences of users with disinformation in order to foment public division and shape narratives about political events. Some describe this tactic of coordinated attacks on hashtags as “raiding” or a “hashtag rally.”

On the day of Louisiana's runoff election, Qanon conspiracists “raided” a Twitter thread by the Democratic Governors Association and spammed the post with memes criticizing Edwards and disinformation about his political record.

“Memes” are a key QAnon tactic. Because memes are images, they circumvent efforts by social media platforms to moderate content. The large network of QAnon supporters maintain a stockpile of memes that they regularly tap into during key moments of controversy. QAnon’s strategy is relatively straight forward: followers build lists of hashtags to target, generate content and memes related to current events, and inundate social media with propaganda to derail authentic discussions happening online.

Use of highly-organized strategies allows QAnon supporters to attack individual accounts and online communities with such coordination and consistency. On another occasion, a now-deactivated Facebook page posted step-by-step instructions for followers to participate in “raiding” operations, whereby a page administrator divided followers into teams with different objectives and instructions on when and how to spam posts by important political leaders.

It is difficult to determine how this activity impacted voting, or if it did at all. The goal of QAnon followers is to flood social media with far-right propaganda in an attempt to push radical fringe ideas and information into mainstream political discourse.