Why We Fall for Conspiracies 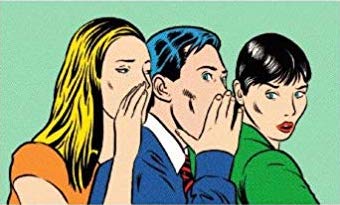 How do conspiracies spread, and why do we believe them?

What are conspiracy theories?

The “paranoid style” of thinking in American politics has a long history. The periodic emergence of narratives about clandestine, malevolent actors secretly plotting political and social calamities influences policy debate about vaccine regulations, genetically-modified food labeling, foreign diplomacy and domestic elections. But conspiracy theories are not the delusions of paranoid minds -- recent polls show that more than 50 percent of Americans believe in one conspiracy or another. What makes conspiracies an interesting phenomenon is that they have loyal followers and are believed, more or less, by ordinary people.

A few common characteristics of conspiracy theories are that, first, they locate the source of unusual social and political phenomena in unseen, intentional and malevolent forces. Second, they often interpret political events in terms of the struggle between good and evil. And third, most conspiracy theories suggest that mainstream reporting of public affairs is a ruse or an attempt to distract the public from a true source of power.

Conspiracy Theories are just another frame of interpretation for experiences

Conspiracy theories are captivating because they provide explanations for confusing, emotional and ambiguous events especially when official explanations seem inadequate.

Conspiracies provide structured narratives of events that comport with how some people process information. Conspiratorial beliefs flourish at the extremes of the political spectrum. Political extremism fosters conspiricism due to the highly-structured thinking style of engaged individuals who construct narratives that make sense to them based on prior beliefs. Some argue that “conspiracy theories are for losers,” that they are tools used by the powerless to attack and defend against the powerful.

Finally, some people simply prefer “Manichean” narratives, which are common in religious and populist political rhetoric. Manichean narratives often attribute the source of unexplainable or extraordinary events to unseen, intentional forces, and tend toward melodramatic understandings of events as a struggle between good and evil.

So why do people believe conspiracy theories, and how do they spread?

Although conspiracies  are frequently outlandish and implausible assertions, their power lies in the fact that they confirm what people want to believe.

People naturally try to make sense of their world. Motivated reasoning is a psychological phenomenon that describes how people rely on biased cognitive processes while assessing, constructing and evaluating beliefs.  Prior beliefs and attitudes “anchor” the evaluation of new information. These motivations, or biases, affect our perceptions of an issue, and how we assign blame or causality. An important point is that the motivation to be accurate is often the driving factor while reasoning new information, however, accuracy-goals are in constant tension with the motivation to arrive at a particular conclusion that confirms one’s prior beliefs. Partisan and emotionally evocative messaging often overwhelms to desire to be accurate.

Some researchers propose that the “motivational view” can be explained by psychology, that people draw self-serving conclusions not because they want to, but because certain conclusions seem more plausible given their prior beliefs and expectations.