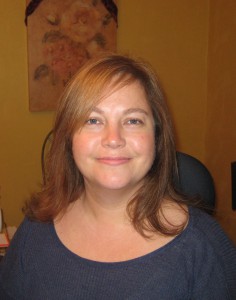 Dr. DeLong joined the Department of Geography and Anthropology at Louisiana State University (LSU) in August 2009 after completing her Ph.D. in Marine Science at the University of South Florida and her post-doctoral research at the U.S. Geological Survey in St. Petersburg, FL. Dr. DeLong has expertise in paleoceanography and paleoclimatology, especially in tropical regions with 19 years of research experience. She is one of a few paleoclimatologists that has published multi-century-long coral-based temperature reconstructions from Atlantic and Pacific corals. She has conducted field campaigns to recover modern and fossil coral samples, and is the lead principal investigator for projects involving sediment coring and geophysical survey field operations. DeLong has published extensively on her paleoclimate reconstruction work as well as on the refinement, fidelity, and data analysis methods used in reconstructions. Dr. DeLong has built a strong research program centered on the multidisciplinary Paleoclimate and Anthropological Studies (PAST) Laboratory. She has participated in international projects including the Integrated Ocean Drilling Program (IODP), PAGES2k, Iso2k, CoralHydro2k, and Marine Annually Resolved Proxy Archives (MARPA). Additionally, she has local interests in climate and coastal research as part of the South Central Climate Adaptation Science Center (SC CASC), the Southern Climate Impacts Planning Program (SCIPP), and the LSU Coastal Studies Institute (CSI). She was awarded the 2017 LSU Alumni Association Faculty Excellence Award, the 2016 Tiger Athletic Foundation Undergraduate Teaching Award, the 2014 LSU Alumni Association Rising Faculty Research Award, and received the Special Thanks for Achieving Results award from the U.S. Geological Survey in 2009. She is an avid scuba diver and enjoys traveling.

Dr. DeLong’s research is focused on climate change of the past primarily in the subtropics to tropical regions for the past 130,000 years. Current projects include investigating shifts in sea surface temperature and ocean circulation in the Gulf of Mexico and the Caribbean Sea using the chemical variations in the skeletons of large boulder size corals, which can live for many centuries. Her coral reconstruction from the Dry Tortugas, the westernmost Florida Key, is a 274-year-long temperature record that reveals a 1 to 2ºC cooling in the Gulf of Mexico from 1780 to 1890 due to shifts in the Loop Current and the Western Hemisphere Warm Pool, which influences precipitation in Central and North America. Other projects include coral-based temperature reconstructions for Veracruz Mexico, Flower Garden Banks in the northern Gulf of Mexico, Haiti, Dominican Republic, and Little Cayman Island as well as working with climate models to understand past and future climate change. She has received funding from the National Science Foundation for two projects to reconstruct El Niño variability from archaeological shells in coastal Peru and reconstructing temperature and hydroclimate in the Caribbean and Gulf of Mexico. Additionally, she is a co-author on two papers examining the past, present, and future of coral reefs in the Gulf of Mexico and Caribbean. She is the lead investigator of an exciting project, now in phase two, investigating a bald cypress forest found 13 kilometers offshore of Alabama in the Gulf of Mexico, assumed to be uncovered by a hurricane. These trees grew during the last glacial interval (70,000 to 50,000 years ago) when global sea level was more than 20 meters lower than today. The discovery of the site was widely reported in the media and is the subject of the documentary film “The Underwater Forest” by environmental reporter Ben Raines. 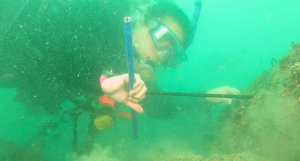 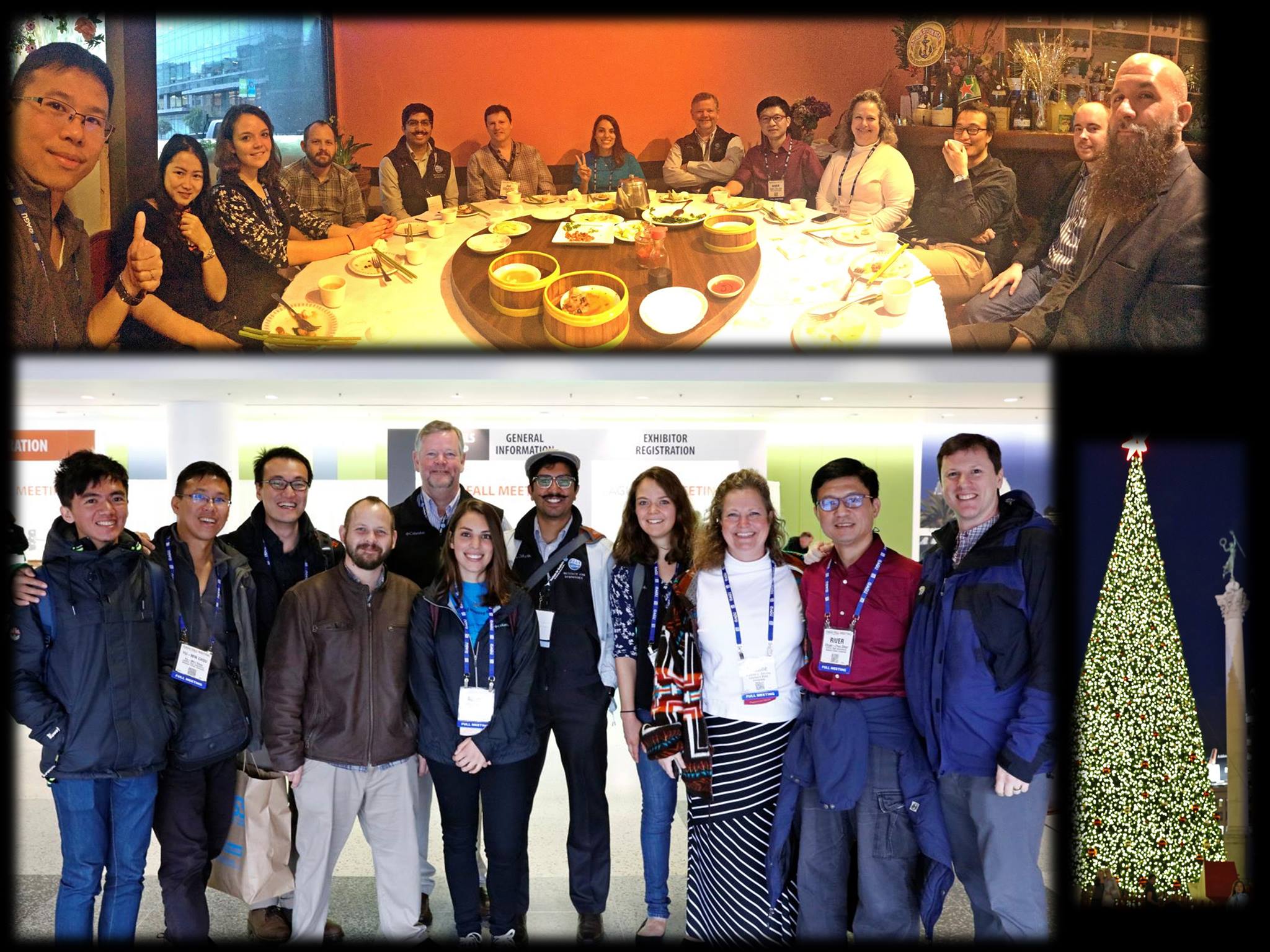 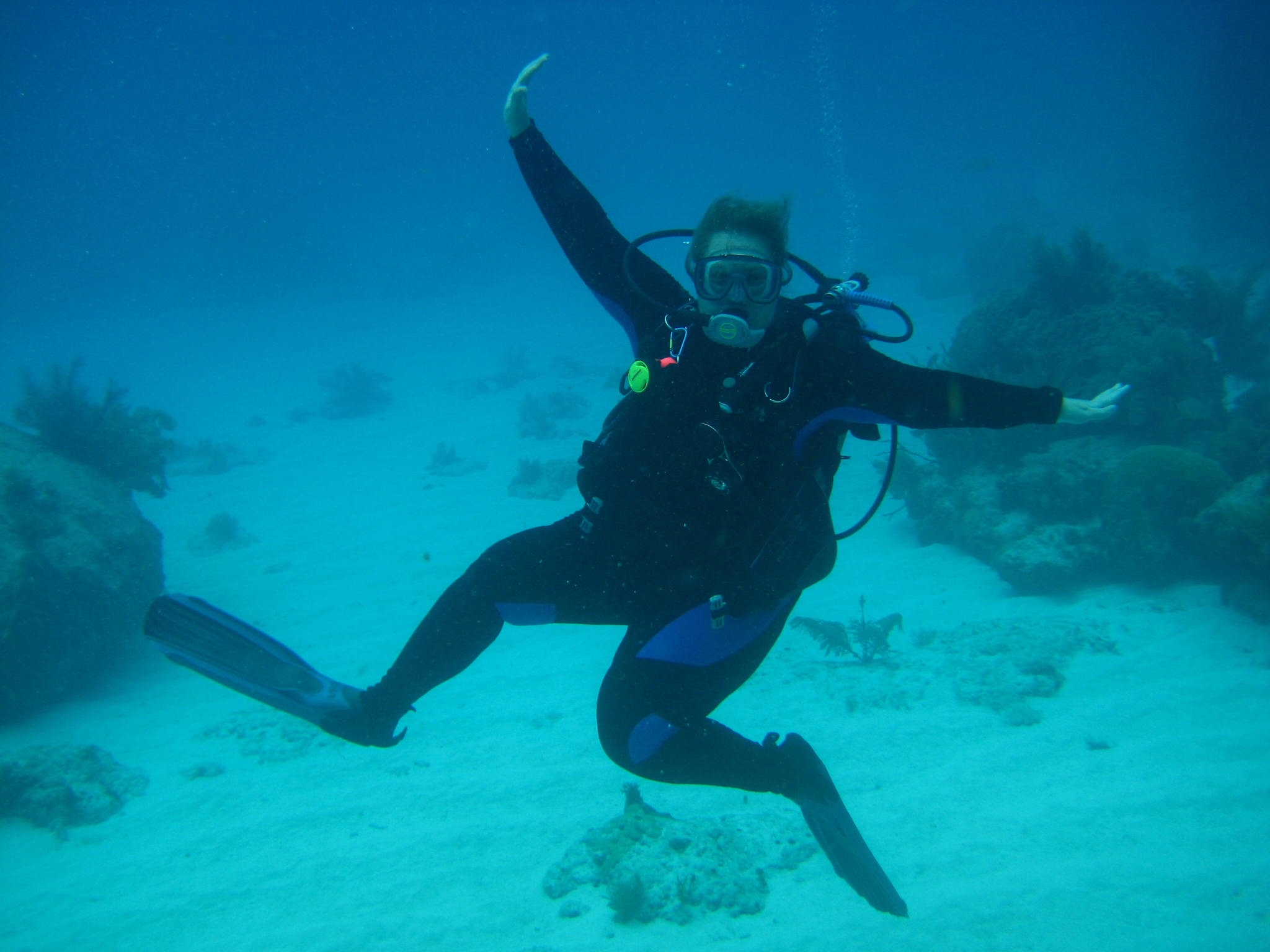 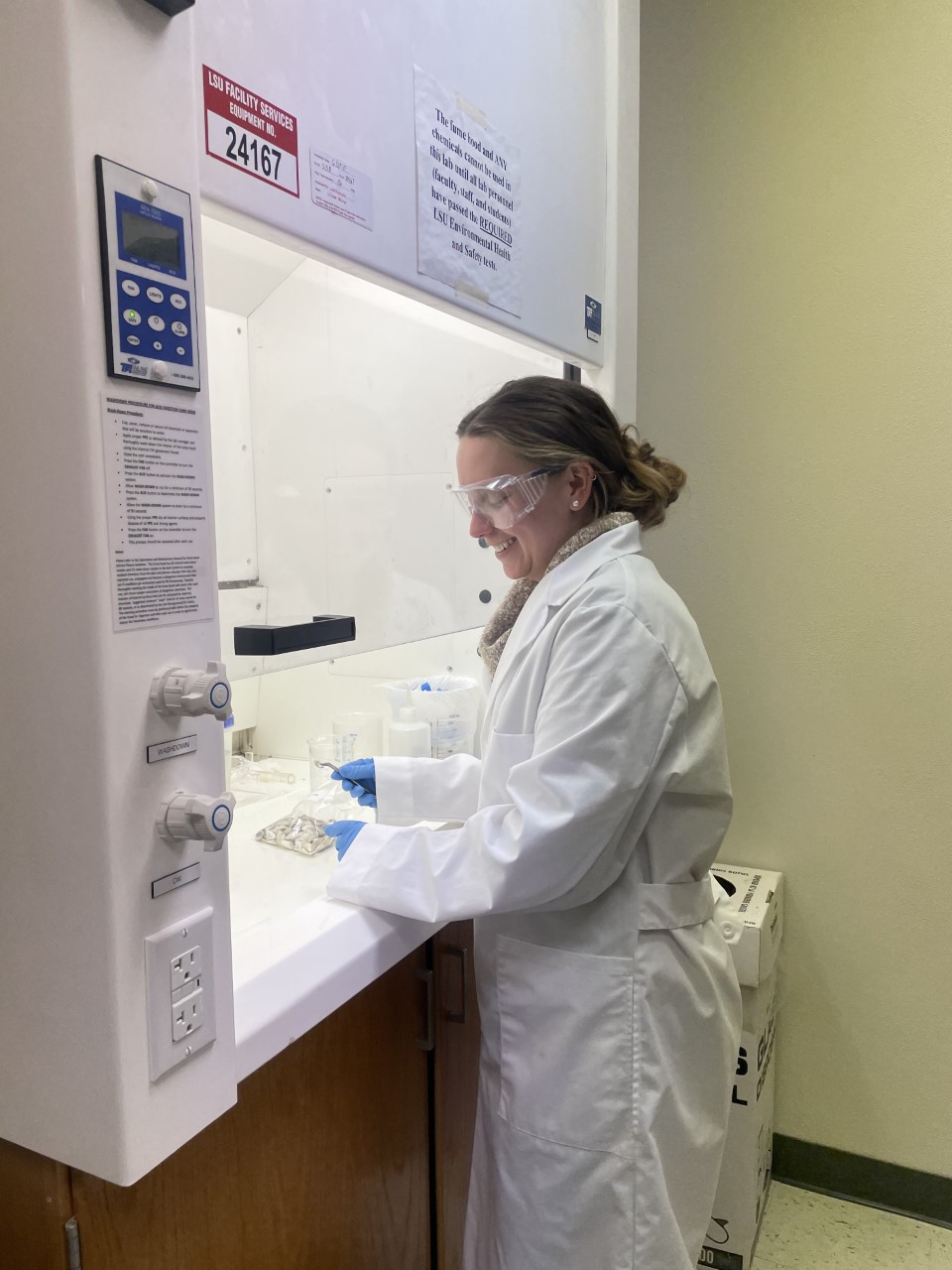 Sarah working on a shell project in the wet lab.

Sarah Crabtree is an LSU alumna, graduating in 2018 with a Bachelor’s degree in biological sciences. Prior to joining the PAST laboratory in April 2022, she worked in the chemical industry where she gained experience working in a laboratory setting and operating several laboratory instruments, including an ICP-OES. Her role in the PAST lab includes running, maintaining, and supervising the lab instrumentation and computer systems; maintaining inventory of supplies for the lab; managing the chemical inventory; and assisting with the coordination of meetings, projects, and fieldwork. Sarah is passionate about the natural sciences and has enjoyed learning about paleoclimatology.