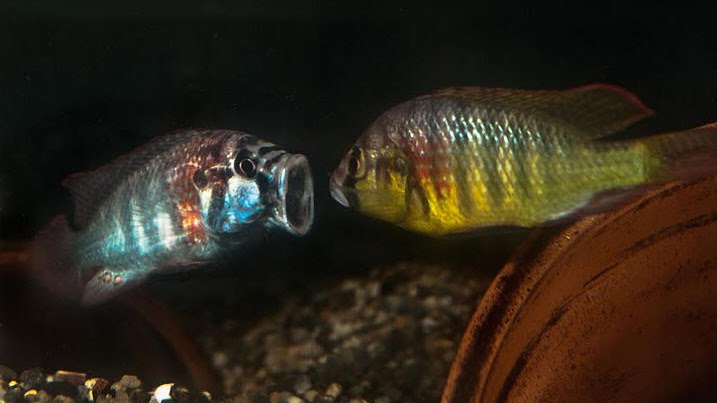 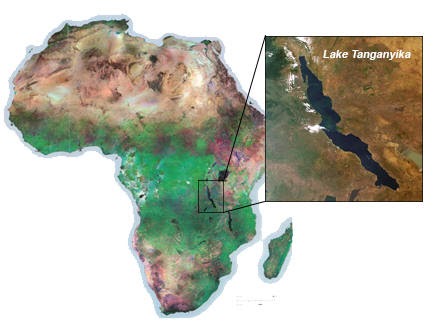 Our model organism is the African cichlid fish Astatotilapia burtoni (Burton's mouthbrooder). This species naturally lives in Lake Tanganyika; the largest, oldest, and deepest lake in the rift valley system of Eastern Africa. We use a laboratory-bred population derived from individuals caught in shallow shore pools and river estuaries of Lake Tanganyika. Males of this species exist in two different types. Dominant, or territorial, males are brightly colored (yellow or blue) with a dark stripe through the eye (eye-bar), a black spot on the tip of the gill cover, and a red humeral patch just behind the gills. These dominant males are very active, aggressively defend their territories from other males, and spend a lot of time trying to entice females into their spawning areas to mate. Subordinate, or non-territorial, males are more drab colored similar to females, do not hold a territory or typically reproduce, and spend their time shoaling with females and fleeing from aggressive attacks of dominant males. Remarkably, however, males can switch back and forth between dominant and subordinate phenotypes depending on the composition of the social environment. If a dominant male disappears from a territory, within minutes, a subordinate male will quickly take it over and rise in social rank. This social ascent is associated with a suite of rapid behavioral, physiological, and molecular changes that occur from the brain down to the testes, allowing this male to adapt to his new role as a reproductively active territory holder. We can experimentally control these changes in rank in both directions to study how social transitions influence behavior, the brain, and the function of the reproductive system. 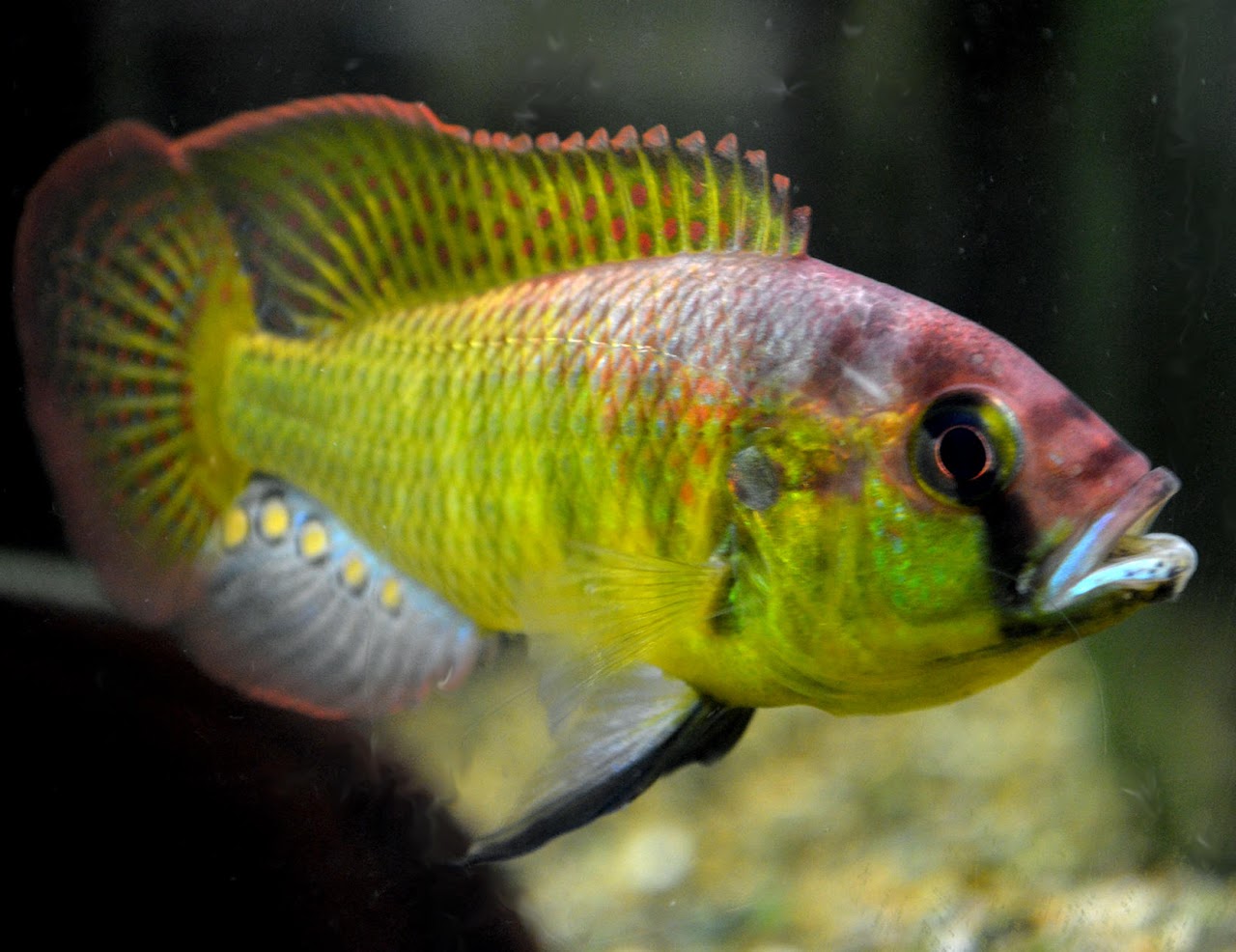 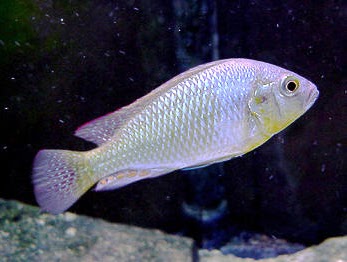 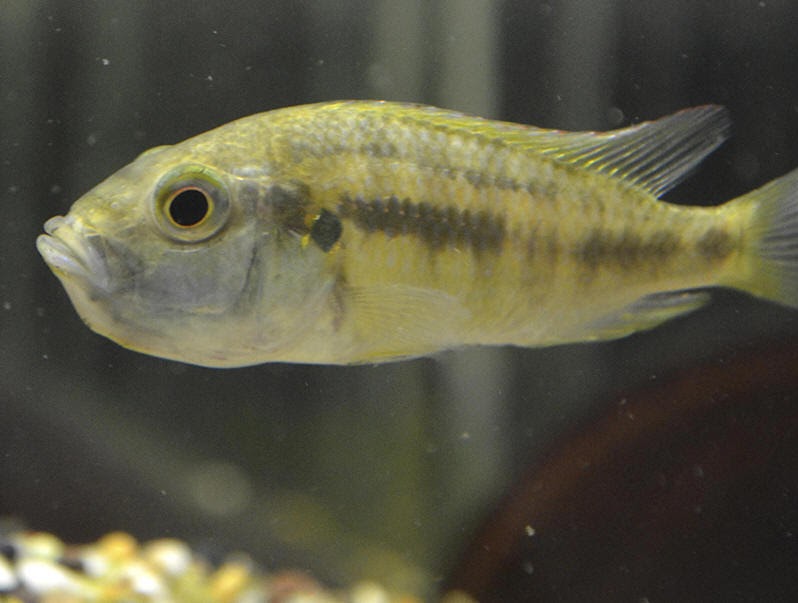 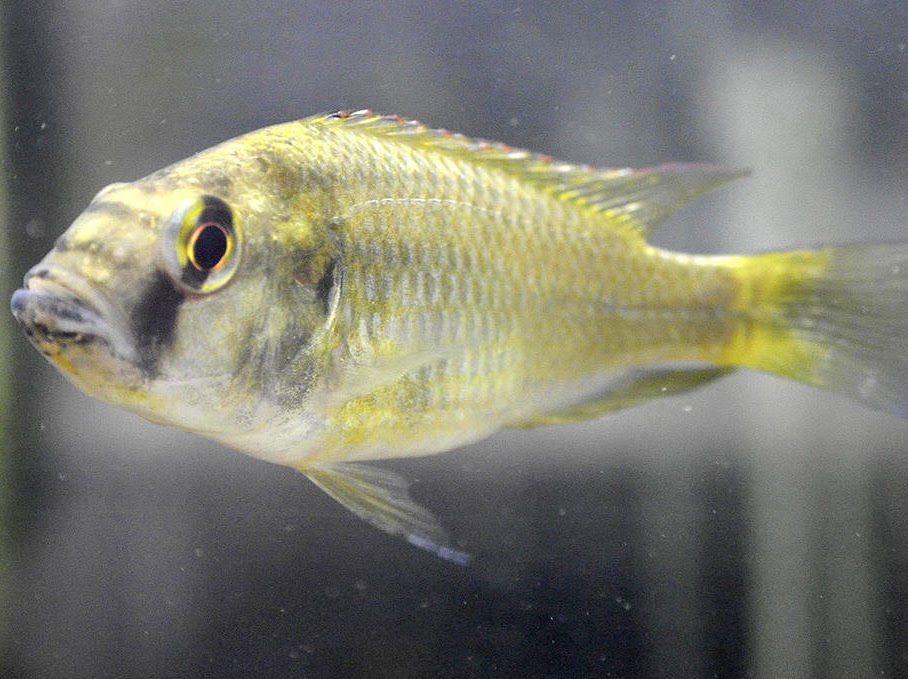 Dominant males dig a pit in their territory to use as a spawning substrate, and spend their time alternating between threat displays towards neighboring males, chasing away subordinate males, and soliciting and courting females. When soliciting a receptive gravid female, the dominant male will intensify his bright body coloration and perform behavioral displays towards her in an attempt to lead her into his territory. He will quiver his body, displaying his brightly colored anal fin in front of her while producing a pulsed courtship sound, and will then use large exaggerated movements of his tail as he turns and leads her back to the shelter. When a female follows, she will normally be allowed to eat inside his territory, but may be chased out by the resident male and return several times before deciding to spawn. If a female is sufficiently impressed by the male, spawning will commence. Males will continue to swim vigorously in front of the female, quivering their entire bodies with spread anal fins. If appropriately stimulated, the female will deposit her eggs in the territory pit (egg-laying) and then immediately collect them in her mouth (egg-uptake). The male then swims in front of her, tilts to one side, and displays his anal fin on the substrate in front of her to showcase the bright orange-yellow egg-spots. These egg-spots appear to the female like some of her eggs not yet collected, and while she nips at the spots in an attempt to pick them up, the male ejects milt to fertilize the eggs inside her mouth (fertilization). During this time, subordinate males may also try to swim between the spawning pair in an attempt to sneak fertilize the females eggs. The spawning male may therefore repeatedly interrupt his courtship and mating to chase off intruders. After several bouts of egg laying and fertilization, the female departs with fertilized eggs which she broods inside her mouth for ~2 weeks until she releases them as free-swimming miniature fish.

With their bright coloration and flashy behavioral displays, most cichlids, including A. burtoni, rely heavily on visual communication during both male-male and male-female interactions. However, we have recently shown that acoustic and chemosensory communication are also important. For example, dominant males produce pulsed courtship sounds (left) during quivering behaviors to complement the visual signals. Females are attracted to these sounds and have better hearing when they are in the gravid receptive phase of their reproductive cycle. Dominant males will also increase their rate of urine release (right) when they are exposed to other dominant males, and receptive females, but not mouth-brooding females. These studies suggest that social communication in this species is certainly multimodal, but little is known about how these different signals are used. One goal of our research program is to understand the relative importance of these different sensory signals and how they contribute to context-specific behaviors from both signaler and receiver perspectives. 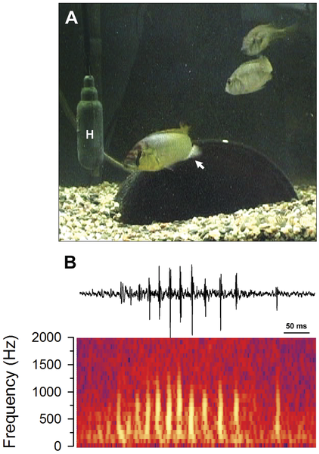