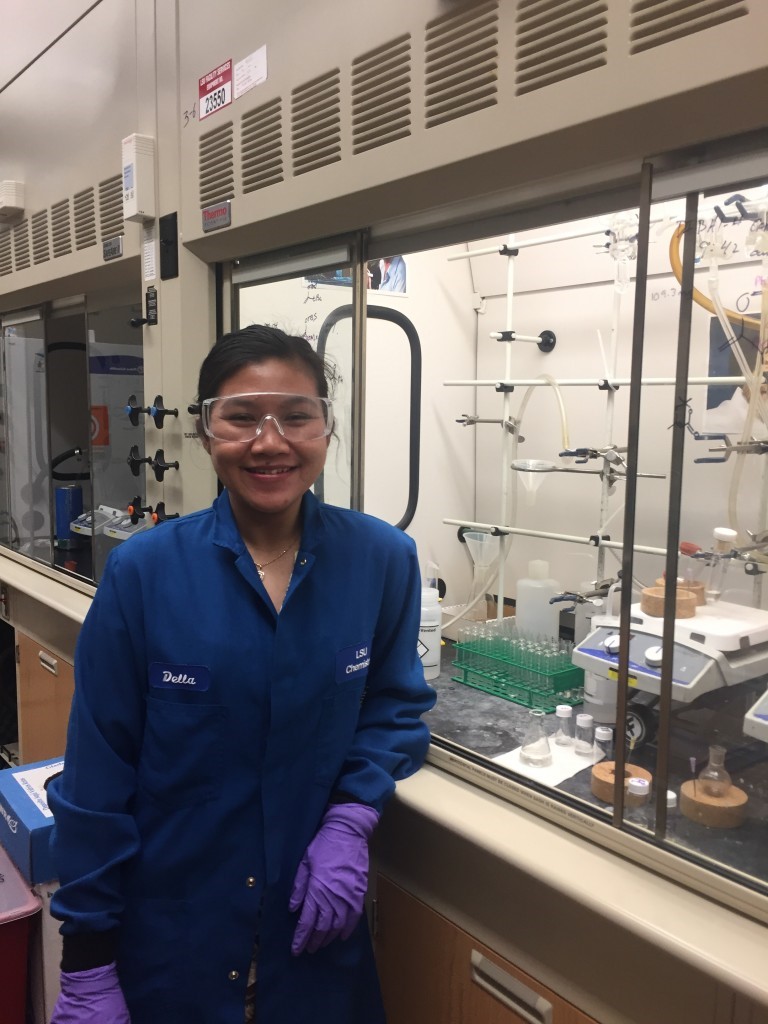 Della obtained her S.Si. in Chemistry from Airlangga University in Indonesia (2007). Then went on to obtain her M.Sc. in Chemistry from the University of Technology in Malaysia (2011). Since joining the Kartika group in 2012, Della has developed many new methods to obtain structural motifs common in natural products. Including, a novel approach to vinyl chlorides via activation of ketones with triphosgene and pyridine. When she’s not in the lab, Della enjoys traveling, eating, and all other fun stuffs! 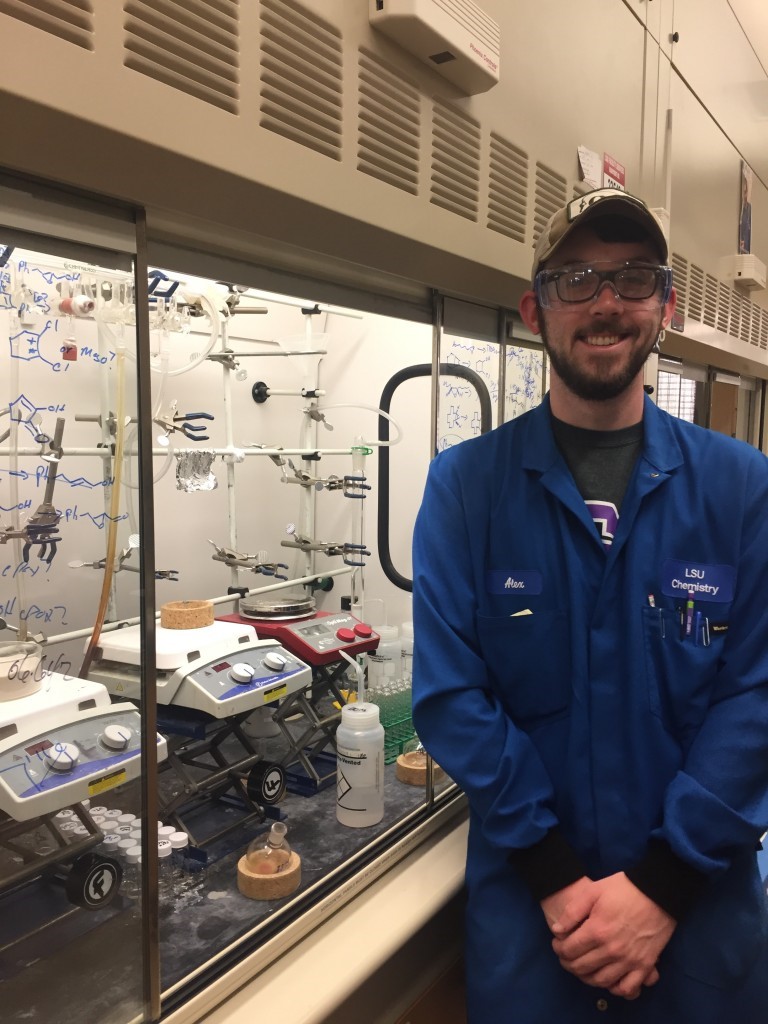 Alex is from Greenville, TN and earned his ACS Certified B.S in Chemistry from Tennessee Technological University (2015). Since joining the Kartika group in 2016, Alex has been a valuable asset in multiple projects including oxy and amino allyl cations, as well as projects for novel chlorination methodology. When he is not in the lab, Alex enjoys fishing, hunting, and spending time with friends. 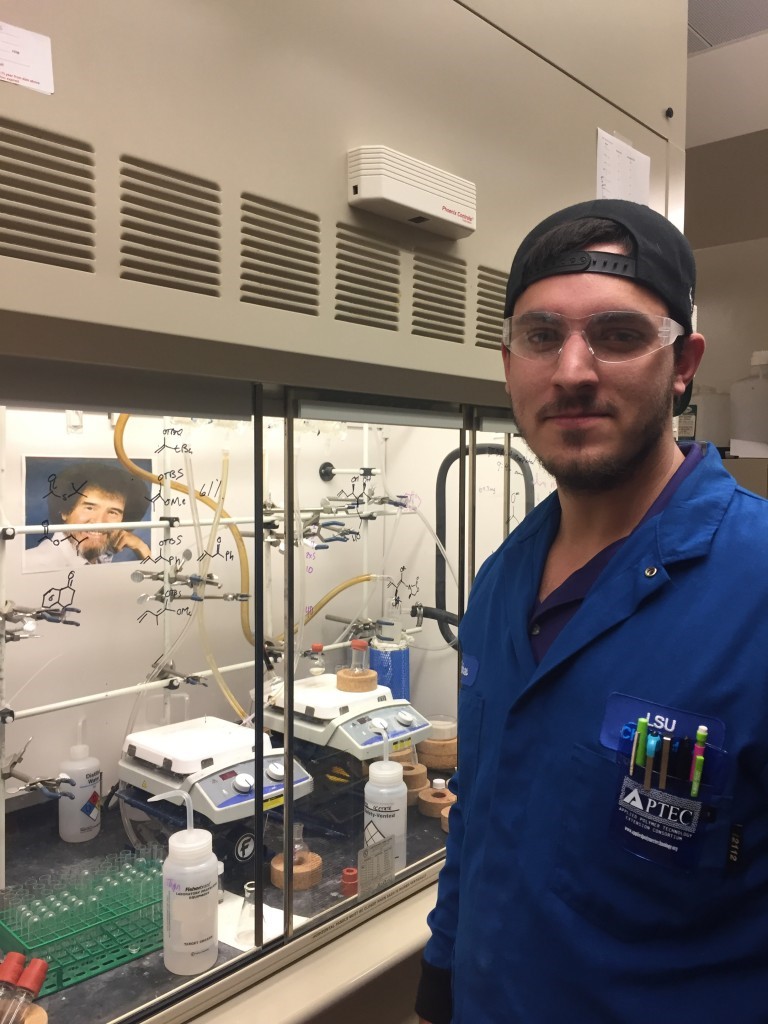 Joshua Malone grew up in Phoenix, New York and obtained his B.S in chemistry from Suny Oswego, Oswego, New York (2015). As an undergraduate, he worked under Dr. Fehmi Damkaci. Joshua joined the Kartika group in 2015 and has been working on multiple projects involving oxy allyl cations. When Joshua is not working, he enjoys hiking, concerts, and traveling. 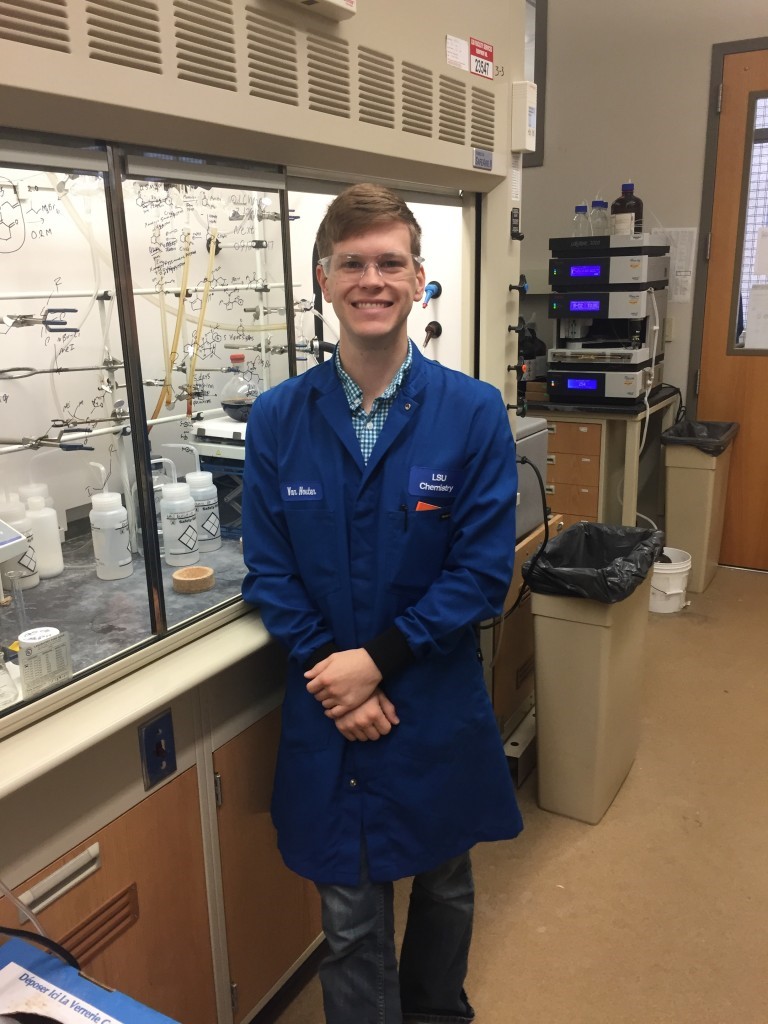 Joshua earned his B.S in Chemistry from Southwestern University (2012) where he conducted research under the guidance of Dr. Michael Gesinski. Since joining the Kartika group in the summer of 2016, Joshua has been working to develop an oxyallylcation approach to bis-quaternary centers on either side of a ketone. He has also been working with Josh M. on a silylenol ether addition to an oxyallylcation. When Joshua in not in the lab, he enjoys spending time with his dog Dixie, and other out door activities. 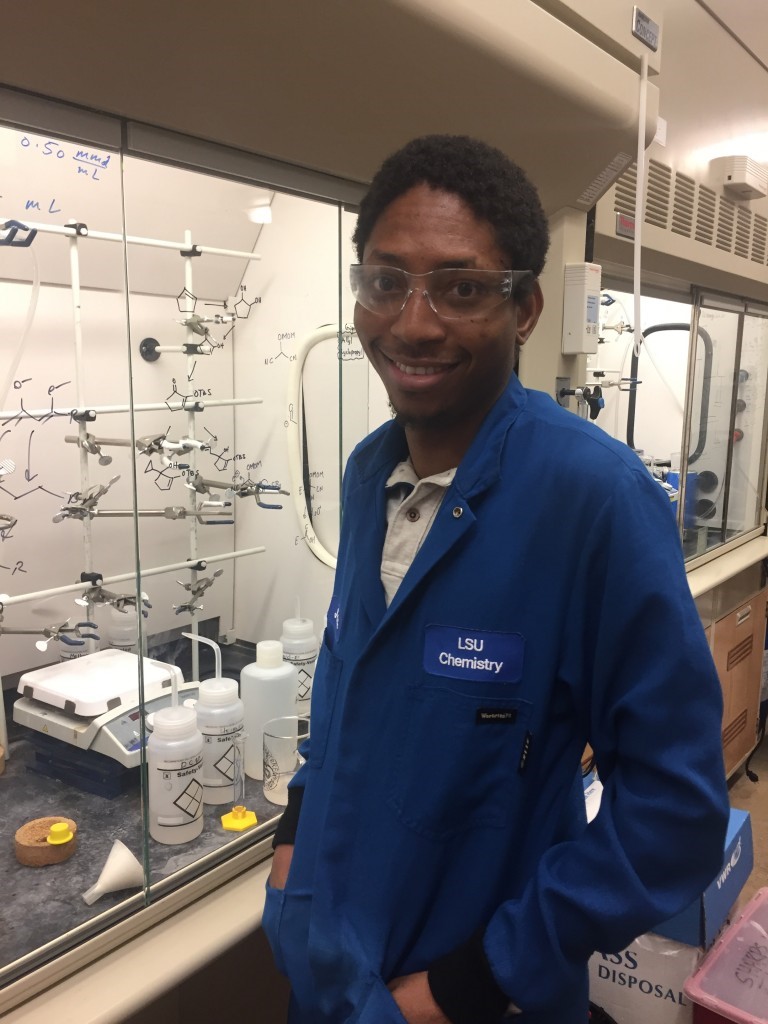 Moshood Obtaiend his B.Sc in Chemistry from Lagos State University, Lagos, Nigeria, (2012). His undergraduate research was completed under the tutelage of Dr. M.S. Owolabi and focused on the isolation of essential oils from natural products. Moshood then completed his National Service Teaching O’level Chemistry (2013-2014). He then spent time as a Quality Assurance Analyst at Tyonex Nigeria Limited  (2014-2016). Since joining the Kartika group in January of 2017, Moshood has been working on two projects: bis-quaternary centers on either side of a ketone and a silyl enol ether addition an oxyallylcations. Outside of chemistry, Moshood enjoys playing soccer, traveling, and listening to music! 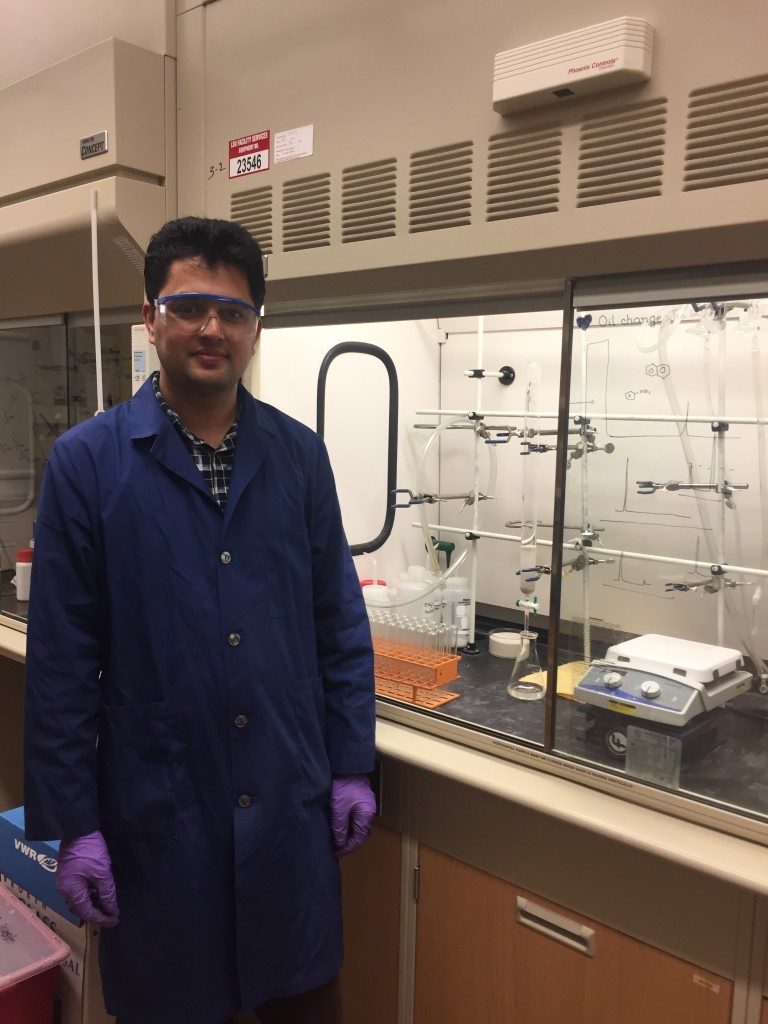 Binod obtained his B.S in Chemistry from Tribhuvan University (2010). He continued his studies at Tribhuvan University and earned his Masters in Organic Chemistry in 2015 under Assistant Professor Dr. Susan Joshi. His Masters Thesis focused on “Essential Oils and Natural Product Isolation.” Since joining our group in the Spring of 2017, Binod has been working with Della on her nucleophilic addition to amino allyl cations. In his spare time, Binod enjoys traveling, playing the flute, and listening to classical music!