In formation of tubular organs, one mechanism that forms a tube is budding of cells from an already polarized epithelial sheet: a subset of cells bud out of the plane of the epithelium to become the end of a new tube (Fig. 1). Tissue invagination by budding is observed in a simple epithelial tube such as Drosophila embryonic salivary gland (SG) as well as during branching morphogenesis of more complex organs, including the mammalian lungs and kidney. Correct tissue invagination is critical for making a well-formed tubular organ as defects at this initial step of tube formation could affect the entire tube shape or position.

The critical role of apical constriction in tube formation has been recognized for decades in both invertebrates and vertebrates. However, we only recently began to understand the molecular mechanisms of apical constriction, in large part from studies using Drosophila. This has revealed a novel and unexpected role for a distinct myosin structure created in response to cell-cell signaling and regulated by apical Rho-associated kinase (Rok). This myosin structure, which forms in the center of the apical end of cells, is highly pulsatile and generates the pulling force to drive apical constriction (hereafter referred to as apicomedial myosin; Fig. 3). 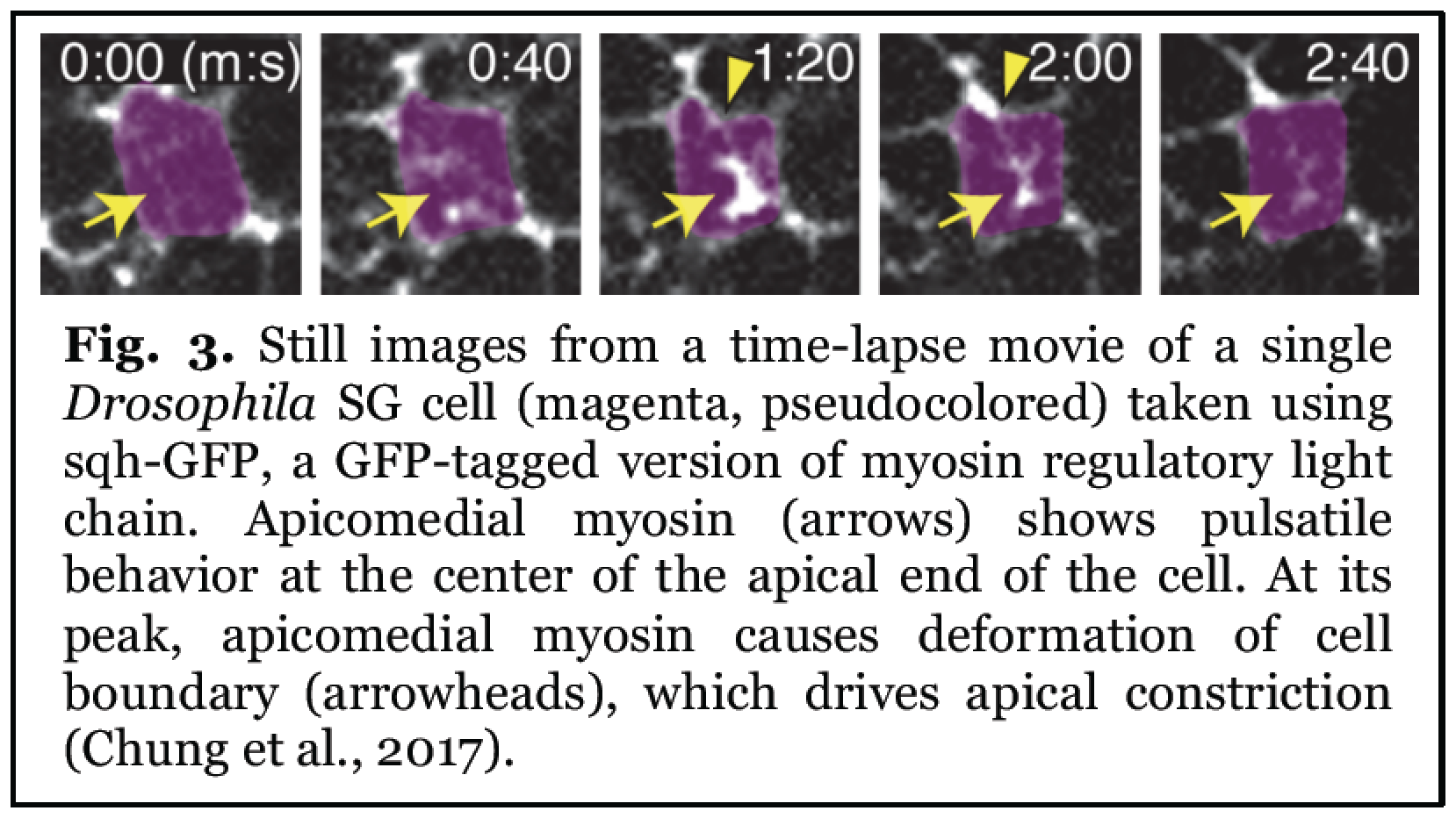 Our previous studies discovered a pathway that drives apical constriction during SG invagination: the SG transcription factor Fork head regulates expression of the secreted ligand Folded gastrulation (Fog), which promotes accumulation of Rok and apicomedial myosin formation (Fig. 4). We showed that Fog signaling activity is spatially biased: apically constricting cells are clustered at and near the invagination site (Fig. 4). We further showed that disruption of Fog signaling (e.g. fog mutants) results in abnormal tube formation, suggesting that localized actomyosin activity and the spatial coordination of apical constriction is critical for normal tube formation (Chung et al., 2017). We are currently working on understanding the mechanisms of how Fog signaling is regulated in a spatially controlled manner to drive apical constriction in cells clustered at a localized area. 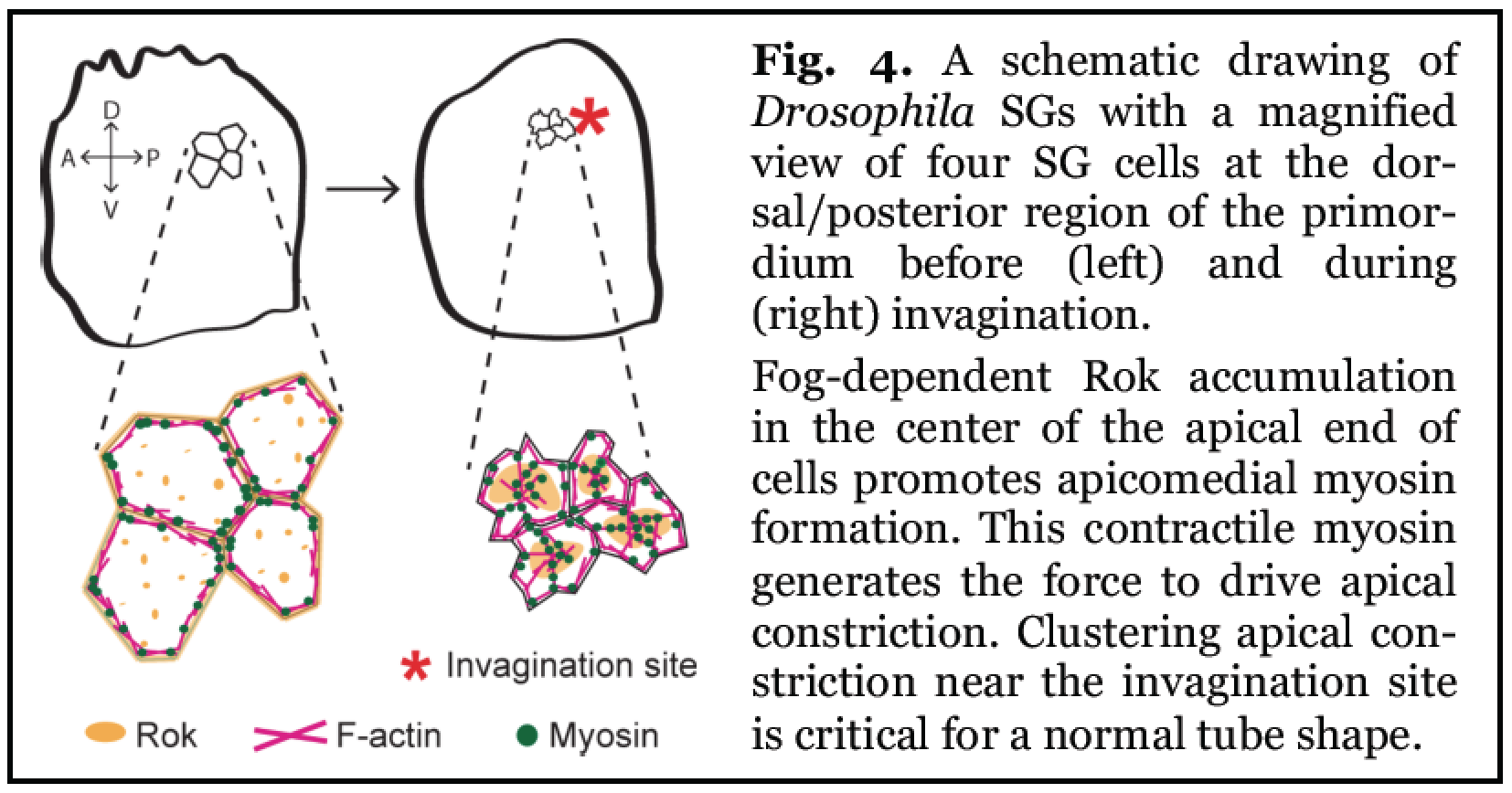 Fig. 4. A schematic drawing of Drosophila SGs with a magnified view of four SG cells at the dorsal/posterior region of the primordium before (left) and during (right) invagination.

Fog-dependent Rok accumulation in the center of the apical end of cells promotes apicomedial myosin formation. This contractile myosin generates the force to drive apical constriction. CLustering apical constriction near the invagination site is crirical for a normal tube shape.