Professor James R. Stoner, Jr. (Ph.D., Harvard University, 1987) is Hermann Moyse, Jr., Professor and Director of the Eric Voegelin Institute in the Department of Political Science at LSU. He is the author of Common-Law Liberty: Rethinking American Constitutionalism (Kansas, 2003) and Common Law and Liberal Theory: Coke, Hobbes, and the Origins of American Constitutionalism (Kansas, 1992), as well as a number of articles and essays. Appearing in summer 2018 was The Political Thought of the Civil War(Kansas), coedited with Alan Levine and Thomas W. Merrill. In 2009 he was named a Senior Fellow of the Witherspoon Institute of Princeton, New Jersey; he has co-edited three books published by Witherspoon, The Thriving Society: On the Social Conditions of Human Flourishing (with Harold James, 2015), The Social Costs of Pornography: A Collection of Papers (with Donna M. Hughes, 2010), and Rethinking Business Management: Examining the Foundations of Business Education (with Samuel Gregg, 2008). He is co-editor with David Walsh of Catholic University of a book series with the Notre Dame Press, "The Beginning and the Beyond of Politics."

Dr. Stoner has taught at LSU since 1988, chaired the Department of Political Science from 2007 to 2013, and served as Acting Dean of the Honors College in fall 2010. He was a member of the National Council on the Humanities from 2002 to 2006. In 2002-03 he was a visiting fellow in the James Madison Program in American Ideals and Institutions at Princeton University, where he returned in the 2013-14 academic year as Garwood Visiting Professor in the fall and Visiting Fellow in the spring. He was the 2010 recipient of the Honors College Sternberg Professorship at LSU.  Dr. Stoner has teaching and research interests in political theory, English common law, and American constitutionalism.  He is developing a survey on major Acts of Congress. 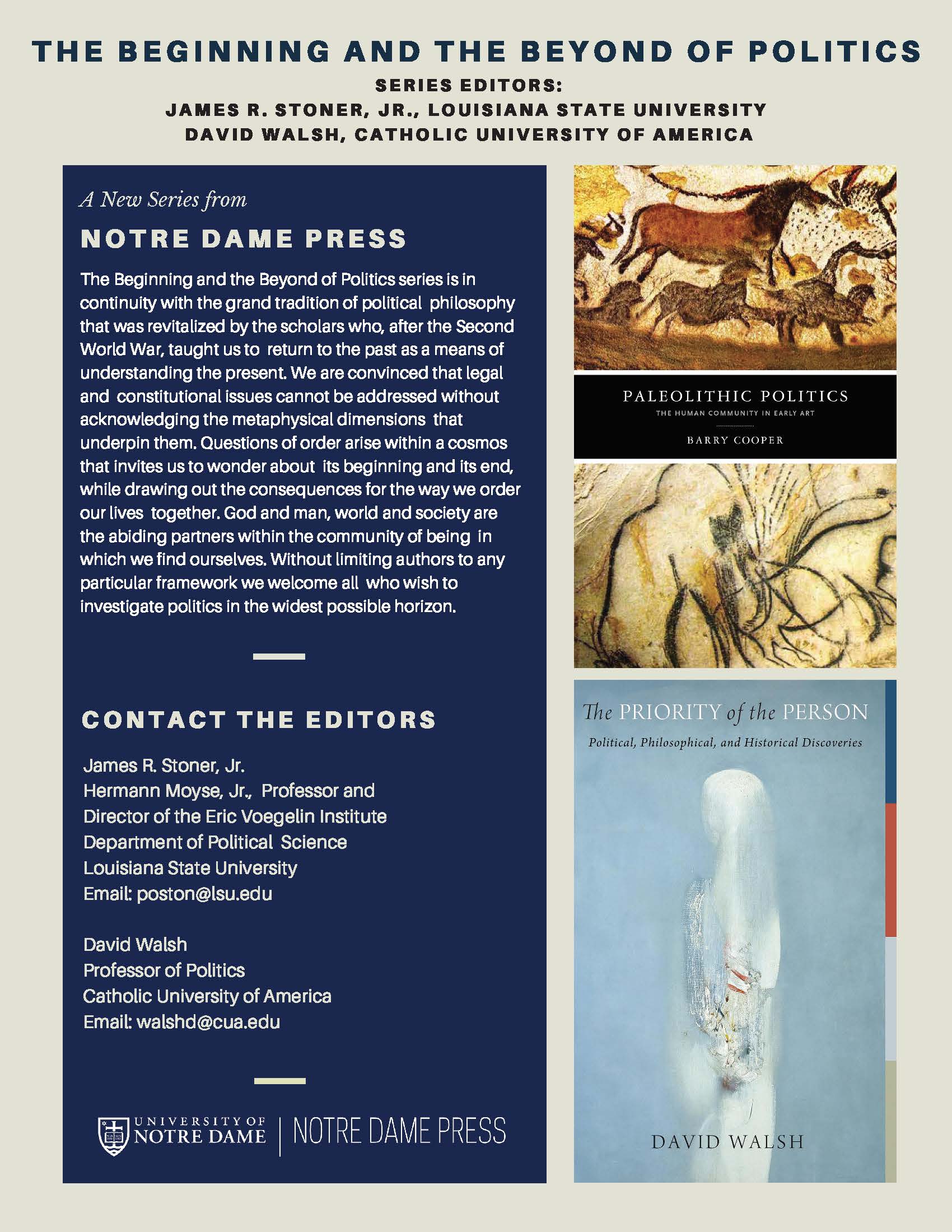