Read about the different research themes being studied by the COastal METeorology (COMET) Lab at LSU. Each topic lists the basic questions we're trying to answer, and the places we're studying them. See a list of our recent publications. 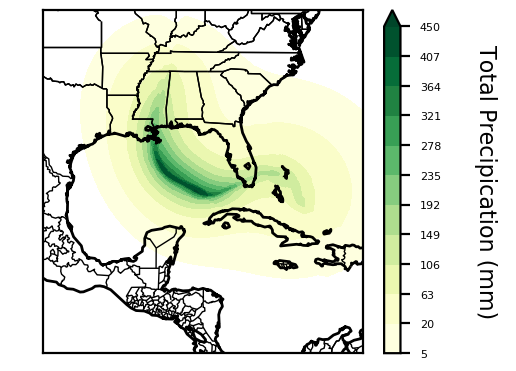 Puerto Rico: How can we better forecast seasonal thunderstorm activity in the tropics? How will Caribbean precipitation respond to changes in trans-Atlantic dust transport? What caused the historic 2015 Puerto Rico drought? 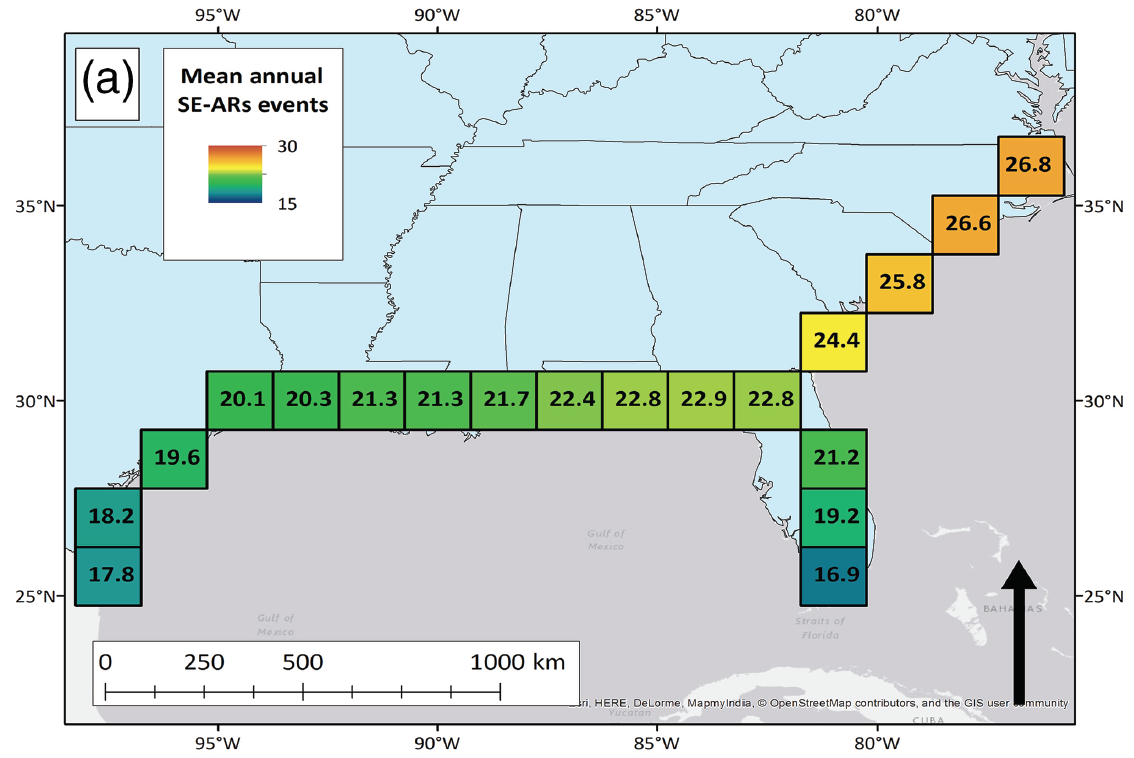 Southeast U.S.: What controls the formation of weakly forced thunderstorms in the Southeast U.S.? How often do these storms produce severe weather? How much precipitation do they contribute to the annual hydroclimate and how will this change in the future? 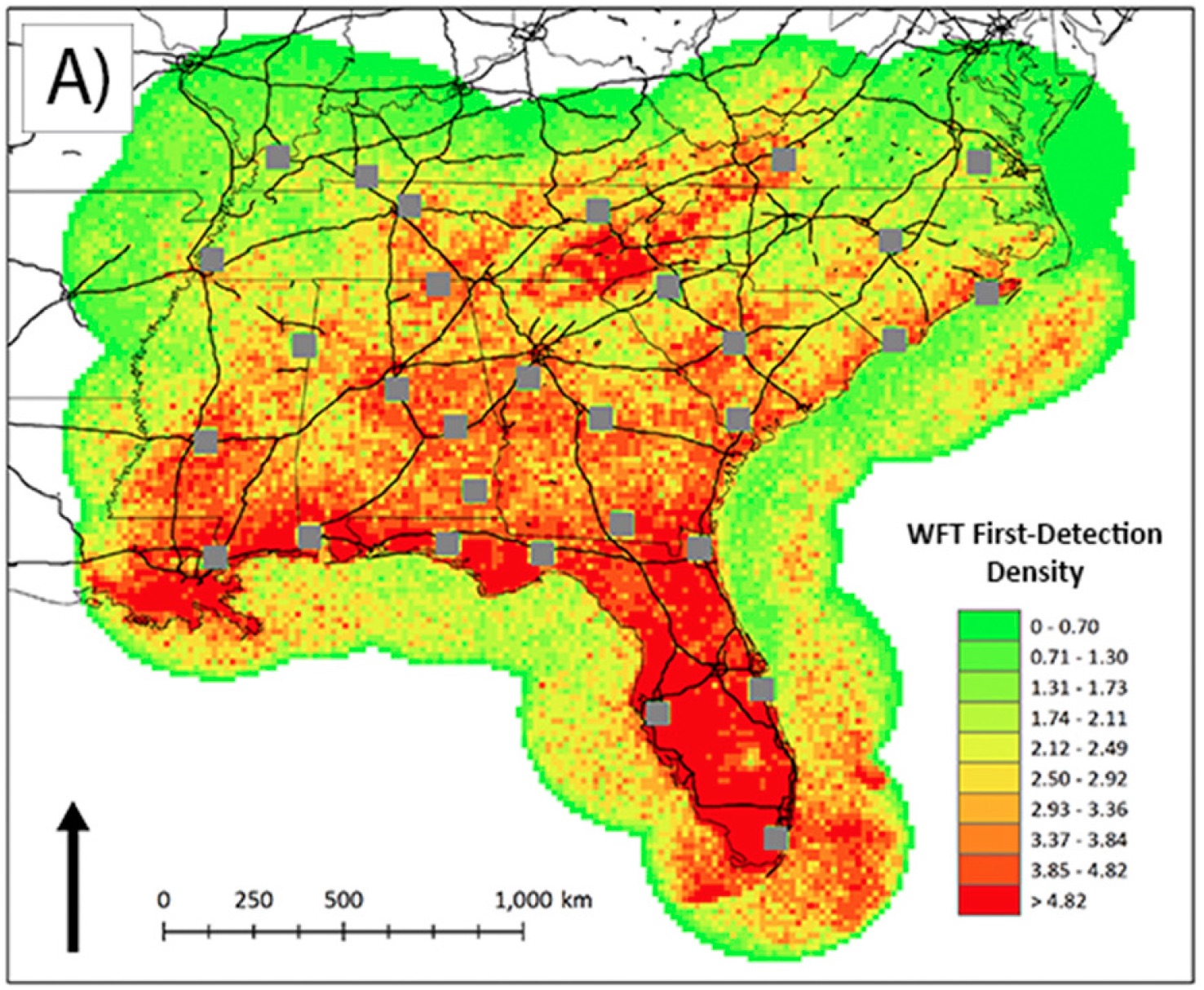 Climatology of weakly forced thunderstorm activity over Southeast U.S. from 2001-2015 (Miller and Mote 2016)

Southeast U.S.: How can lightning patterns serve as a severe weather precursor? What convective forecasting parameters are the best indicators of severe weather potential? How many weakly forced thunderstorms ultimately produce severe weather, and where does this happen most often?

Puerto Rico & Georgia: Can catastrophic tree damage during hurricanes trigger longer-lasting weather changes? How long does it take the landscape to return to normal? Should hurricane preparedness strategies account for persistent precipitation changes after the initial landfall?

Comparison of pre-Maria landscape and cloud activity versus after the catastrophic defoliation (Miller et al. 2019)