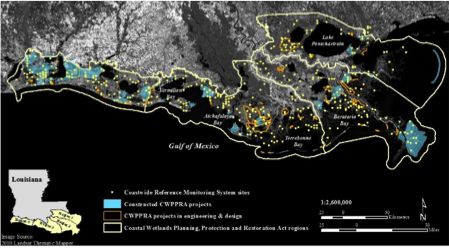 In coastal Louisiana, wetlands are the premier ecosystem in both the Mississippi River Delta region and the Chenier Plain region. Louisiana accounts for approximately 40% of the wetlands in the continental United States, but 80% of the coastal marsh loss. Wetlands provide a wide array of ecosystem functions and services, and as such, it is crucial to develop a deeper understanding of the dynamics of these systems. In 2004, funding from the Coastal Wetlands Planning, Protection, and Restoration Act (CWPPRA) was used to construct a series of 392 sites across the coastal zone that became known as the Coastwide Reference Monitoring System (CRMS) network. Each CRMS site features equipment that is used to measure parameters such as surface elevation change, surface accretion rate, average water level, vegetation, and soil characteristics across a range of wetland types. Utilizing the CRMS network, we are examining subsurface change rates. We seek to determine whether the subsurface change rates are due primarily to shallow subsidence, shallow surface expansion, or other factors. The interaction between subsurface and surface processes in different wetland types gives insight into how the system is functioning. In particular, these interactions may provide insights into the resiliency of Louisiana’s coastline amidst sea-level rise. 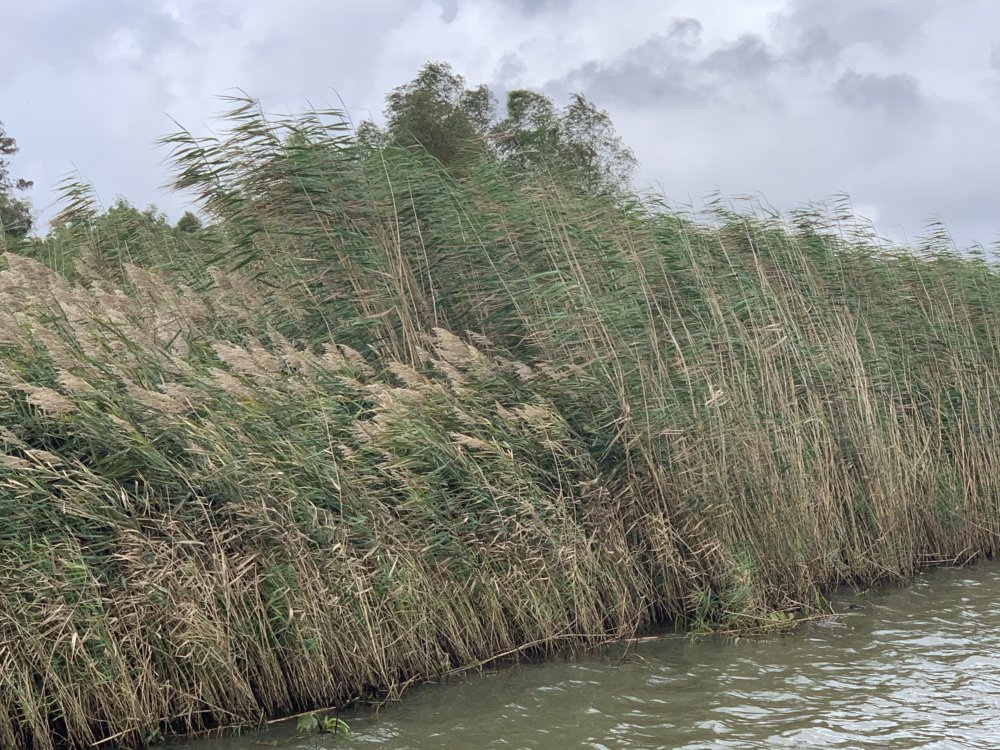 In the Mississippi River Delta, Phragmites australis or the Roseau cane has been mysteriously dying off since around 2016. While the species is generally considered invasive in other regions of North America, Phragmites performs key ecosystem services by contributing to sediment accretion and soil stabilization, guarding against coastline deterioration in the Mississippi River Delta. Some biotic stressors such as the Nipponaclerda scale insect are implicated in the Phragmites die-off, however our goal is to test for additional abiotic threats to the Roseau cane. To explore these possibilities, we are performing experiments to determine how flooding interacts with other stressors to influence the growth of different Phragmites lineages. Additionally, we are testing similar wetland grasses and sedges to assess their efficacy in ecosystem services as replacement species following Phragmites die-off. 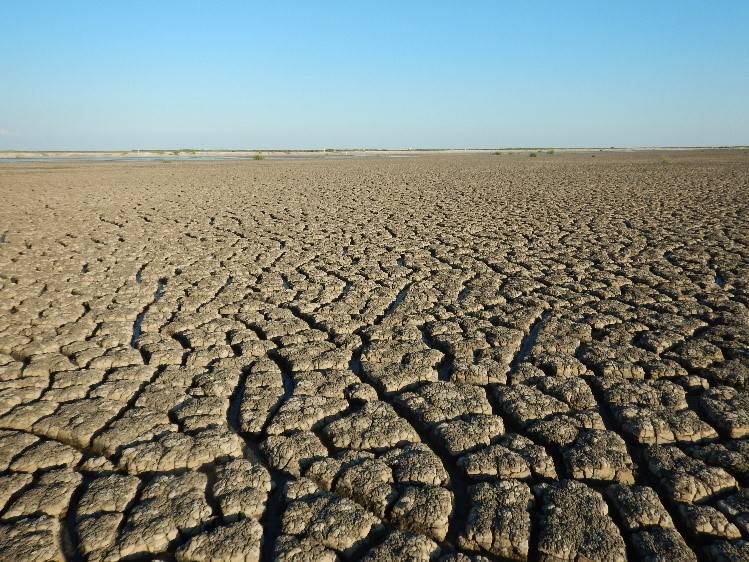 Development of Blue Carbon in created marshes of Louisiana

Saline marshes are sinks for atmospheric carbon (C), and therefore they play an important role in the global C cycle and offsetting C emissions. The high rate of C accumulation in saline marsh soils is associated with high primary production, anaerobic conditions, and accretion in response to sea-level rise. A growing stock of C in marsh soils increases the potential for long-term sequestration of “blue” carbon. However, wetland loss and degradation result in the export and remineralization of stored C pools, as well as the loss of capacity to function as blue C sinks. While preventing the loss of natural wetlands through protection and management is essential, restoration also provides the opportunity to mitigate some of the losses. Across coastal Louisiana, marsh creation projects are increasing in response to devastating wetland loss. Currently, we do not have a good understanding of the timescale and capacity for coastal marsh restoration sites to function as blue carbon sinks. In natural marshes, spatial variability in C accumulation is high; however, the specific controls and relative importance of environmental and biological variables have not been well constrained. In addition, there is little information on the sources and relative lability of C accumulating in restoration sites. Our project focuses on the temporal development of labile and refractory soil C in created marshes and the relative importance of spatial variation in elevation, hydrology, soil texture, sedimentation, macrophyte species, and algae, all predicted to influence C accumulation and C flux rates. 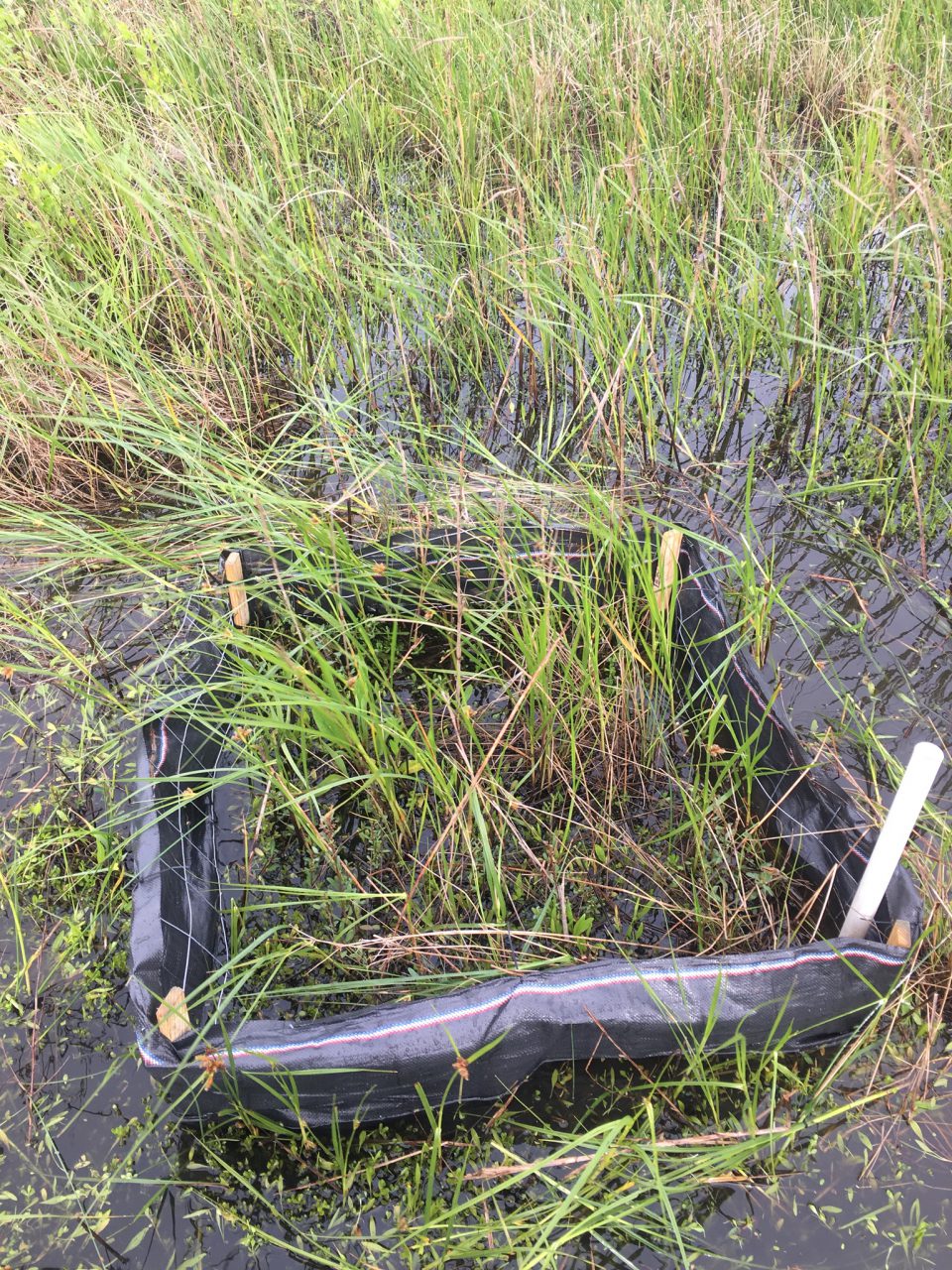 Coastal wetlands rely on a combination of plant production and sediment input to maintain structure, function, and stability. In turn, marsh morphology and productivity are strongly influenced by local environmental conditions, including hydrology, nutrient availability, salinity, and soil redox conditions. Many coastal wetlands are subject to the combined effects of reduced sediment input and increased nutrient loads from watersheds.  Restoration strategies focused on increasing marsh elevation and acreage can involve adding sediment through dredge sediment deposition or diversion of river water. It is unclear, however, how sediment inputs influence plant productivity in areas also receiving high nutrient loads. Thus, predicting the success of restoration projects that utilize river diversions or that occur in eutrophic coastal bays requires examination of the interactive effects of both nutrient and sediment availability on plant productivity and biophysical feedbacks. To address this research need, we are conducting a combination of field and greenhouse experiments in oligohaline, brackish, and restored marshes.

*Funded by Louisiana Center of Excellence